The principles and concepts of social sculpture do not change and remain the same as in the performance variant. The difference is that the performance is a workshop with registered participants. During the workshops, the different phases and sequences of the four main axes on which social sculpture is based are trained. Creativity draws a line between a passive and an active agenda in people's lives. Creativity begins with questions. This development process is both extraordinarily broad and incredibly relevant for the generation of strong contextual work and social behavior. Regardless of whether we are socially committed. Against this background, the sequences of the workshop / performance focus on the behavior of people in a group and an individual. The workshop confronts the participants and the audience sometimes real, sometimes metaphorically with the situations of the confrontation situation - on their own - against each other. However, the central theme of the sequences also leads to finding a way to work together and to create a democratic process. 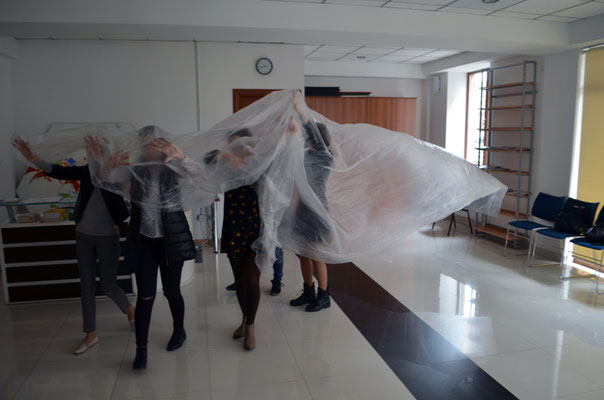 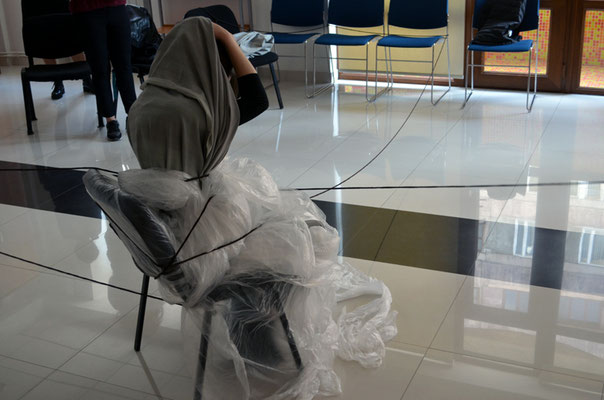 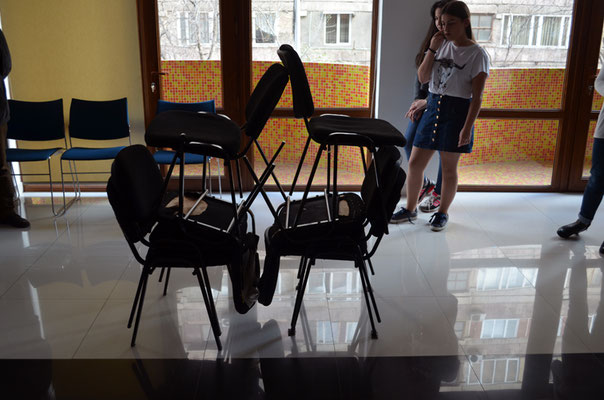 After talking to the head of the language department and two teachers from the Goethe Center in Yervan, I tried something new. The workshop became part of the German language classes. I used a shorter version of Unfolded-Unwrapped in German to integrate the workshop into the classroom. The experiment was carried out with three different groups of students. However, I should not only lead the workshop, but also explain the concept of social sculpture in more detail. That the term was first created by Joseph Beuys and his ideas behind it. After the workshop, the students discussed in German how they saw the workshop and the concept

For the students, it was ultimately a new and different use of their language skills. Her knowledge of German culture was also expanded from a completely different perspective